Even the best intended plans can come off the rails. It might be quick or it might be painfully slow but Murphy eventually makes an appearance when given the opportunity. That being said, when things don't feel right you should always trust your "Spidey Senses", always! Yes I know, what the hell am I talking about?

My re-entry into Tehuacan felt like a comet. It shone brightly and illuminated my world. I was incredibly excited to return to Mexico Then just as suddenly, the light faded and I crashed to earth with a huge thundering THUD. My choice to fly halfway around the world, from Thailand to Mexico to take up a management position with a former school had started with high hopes and expectations. It ended after 3 months. Although it was my choice this little bump in the road gets filed under "Epic Fail".

So what happened?  The school had changed quite a bit in 2 years. It was no more an English school than a student factory churning out students who could continue to pay their fees. I had intermediate students who had been studying for 2 years who could not put together 3 complete sentences. They along with all students were being passed through to the next level. Keep them positive, keep them paying.

Another huge factor, which I did not realize until I returned was that very few experienced teachers were hired. It was a breeding ground for new graduates and first time teachers starting their supposed careers. Why no experienced teachers? First, the working contract is for 4 months, with a possibility of a second 4 month contract after that if you were asked. Teacher churn is outrageous. Secondly, although it is considered a "paid volunteer" the stipend is awful, 5000 pesos a month ( C$335) plus accommodation. Now, you can survive on 5000 peso's a month. However, it takes no time to learn how much each student pays per semester and then multiply that by the number of students and you realize how much revenue is being generated. Yes, the owners are building a new house but there is pressure on you not to "print to much" because paper is expensive.

After about two months most teachers have already checked out. I had to think back to my previous semesters and I was the same. There is zero motivation to contribute after a while. You need to take the personal initiative to improve on your own. That in itself is a reason to attack your classes with vigor.

I made a huge mistake by taking this job without talking about roles, responsibility, compensation and housing. My pay was 12000 pesos, about $C805 a month. After my time working in China, this was more than enough to live on comfortably for a short term. However, they did not offer housing. That my friend is a critical component to being an ESL teacher. I would have had to find an apartment and furnish it, including a fridge and stove. Cheap apartments were cliche rat and cockroach infested dumps. A decent apartment would have cost me 6000 pesos a month, plus electricity, water and of course Internet. (All free back in Asia). Yes I get it. I would have cost about $C500 a month to live, and one day down the road, no problem. When you are trying to live within your means while working and traveling so as to not start digging into your savings or retirement fund, paying half your salary was a non starter. Yes, its a good salary for Mexico to be sure but not now. 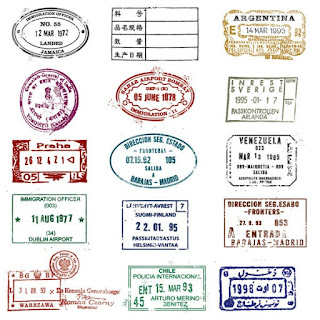 The positive vibe that existed was gone, replaced by gossip, confusion and inconsistency. Listen,  I could probably go on and on pissing and moaning about the situation. Here's the rub. My "best" was not my best at all. It was the best that I could give when so uninspired by my surroundings. If I have learnt anything in the past 8 years, if it's not working or going to work, make a change. Don't get me wrong. That does not mean that when things become a bit tough or something is difficult it does not mean you "cut and run". I had such high expectations. Over the years I have stayed a jobs back in Canada much longer than I wanted to. I will not do that again.

So, I found myself pondering all of this while checking into a great old hotel room in Mexico City. It was easier sipping a cold beer and watching the tourists wander around the Historical District instead of finding reasons to justify my staying. I have had my own company. I have also been an supervisor, a manager and an executive within the corporate world. I left all that to loosen the shackles that were sucking the life out of me and find a better life. What the hell was I thinking that I would want to become a supervisor again.

Twenty months and 15 countries later, the timing is right for a return to Canada and a bit of a regroup....and chicken wings. Lot's and lot's of chicken wings.
Posted by Ken Weiss at 11:57:00 PM No comments: