I have think working in retail, a coffee shop or a large box store checkout does not constitute a gratifying day at work. Not the job itself, I respect anyone who goes to work. Its the masses of humanity that treat most service employees person like garbage. Thus it becomes a cosmic bunny hole. Shopping complain that the service worker is miserable and the service workers complain that shoppers are rude.

Today was a bit different when we went into the local Tim Horton's on Fairview Ave in Burlington. It was a nice lazy Saturday and for anyone who does not live in Canada Timmies is daily ritual for  us simple Canadian fol,. It has become a part of our ingrained culture, like Hockey, Good Beer and Poutine. Well we walk in and Bama walks to the counter and asks for her Tea, steeped with milk and sugar. I wander up behind and say to her, "hey, what are you doing talking to that guy". She is used to me acting up and just ignores me. Well the kid behind the counter who was maybe 16 and of middle eastern decent gives me a knowing look and grin with a, "what are you talking about dude". It was hilarious. We joke a bit and have a funny banter going back and forth and he really is a personable kid. I order my coffee, cream only. He comes back looks me straight faced right in the eyes and says , "ok sir one coffee, Double Double".  I start to mumble "but I ordered".....then realize he got me. He has a huge shit eating grin on his face and I laugh my ass off. "Well done man". Bama say turns to me and says "servers you right knucklehead". We finish the simple act in a pretty good mood because the guy working the Tim Hortons showed some personality, charm and wit.

Listen, I worked in the service industry for years. Toiled as a teenage bus boy, dealt with all the grief that comes with being a bartender, waiter and doorman. (** as a door man, I was the littler guy who did all the talking and not the actually hard part of the job**).  Now I don't profess that you go into work bouncing around like a mad person. What I am saying is I know how hard the job can be. Not the physical part of it, or the fact you hate what your doing (change your job if you don't like it but that is another discussions) but i know you tend to get shit on by people who are in no particular order, rude, ignorant, impolite, short of cash, looking for free shit or just plain assholes. What I am saying is, once in a while, take a step back, breathe and have a little fun. Maybe make someone smile, do something silly because people will respond in kind.

** Guys make a girl laugh, because most normal girls notice that over $$$ any day**.

So find a way to perform an act of random funny. I did not realize I do it and I guess I do it allot. What I do know is that when I walk away from a situation and everyone is smiling or laughing, I have a better view of the world.

Natural hickory smoked flavor. The irony drips off the label as you lick it from your finger tips. Spread this sauce on your meat while you barbeque to taste the great flavor of naturally hickory smoked meat.

When did propane powered stainless steel soul less BBQing actually take over from charcoal? Have you ever noticed that when you fire up an old school brickette bbq everyone within nasal power says "Oh I love that smell, and meat always tastes better on charcoal" . They then turn and tend to their propane powered dinner preparations. To add the insanity you can now add wood chips to your propane barbeque to enhance the flavor

Today's question is. Why do we give up something we like and that is better for something inferior just because its easier?

I am in a position right now where I can rekindle my love affair with old school outdoor cooking. I bought a $28.00, yes your read it correctly, $28.00 bbq from Canadian Tire.
When I asked the clerk for a hibachi she looked at me like I was from another planet. Another era, sure, but come on, its a hibachi. Solid cast iron, small and portable.
Well she directed me to the new line of charcoal wonders. Cheap Chinese made tin balls of crap but whats a guy to do. My new outdoor cooking life had to start some where. I was not going to be denied.

We have become condition to fast. Send a text and expect a reply in less then 15 seconds or start stressing. Want to eat, it better be ready in 5 to 8 minutes. We are compelled to rush to work so we can switch from mobile device to laptop as quickly as possible in case we miss anything.

I guess my thought is this. If you know something is good and you like it more then go for it, especially if it takes a little more time to get it. Anticipation is a part of every enjoyed experience. Most great dinners I have had (less the familiar family bullshit) the food took all day to cook and sometimes preparation was 2 days..but they were amazing dinners.

So turn off the propane, put away the smoked flavored sauce and open up the brickettes, then take your time with that burger because clean up is a breeze. 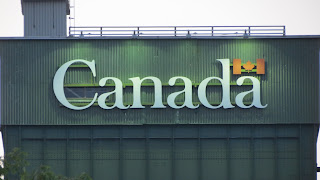 My buddy Ed Blomeley recently asked me "Are you having a Bobby Ewing - waking up and everything was just a dream- moment. I was sitting at my new job with Thomson Reuters on the 4th floor of a sparkling new high rise at Bay and Adelaide dead in the middle of Toronto's financial district. After 21 months away I was literally right back where I had started. I loved that and the Groundhog day feeling I was having.

That I recently I put a close on my 21 month Latin American tour I reflected quite a bit on the comment and it made me smile. I accomplished everything that I set out to do when I decided to head out and clear my head after a prolonged shutdown of an office I worked to establish. Seeing 10 years of your hard work literally being tossed away and not existing any longer just because some executive was trying cut heads to save his job was jolting. With NO support at any level I closed and locked the the doors at 119 Spadina Suite 200 for the last time at 4:00 on May 19th, 2010. Jamie Reynolds and I took one look around, gave each other a look of  "job well done" and that was it. The end of STARTCAST.  The sweet irony is that the 3 Sr. Executive that were a part of the decision all lost their jobs the following year. Thank you Karma

The choices I made 2 years ago have lead me to where I am now. If I stayed the course I would be exactly where I was mentally. Sure I spent a boatload of $$ but I am in an great place right now. What more could you ask for.

It is as Dr. Susan Jeffers wrote so many years ago. We must feel the fear and do it anyways.  I think I wrote about how fear paralyzes us daily in a previous post so I will not re-hash it here. Now don't get me wrong.  I am not all about self help or daily positive self affirmations (maybe I should be) however that phrase and book entered my world about 20 years ago and has helped guide me when I was stalled. We all have things in our life that prevent us from making the changes we want to make and the changes we need to make to find just a little

I received great support and feedback about this blog. From the writing, (the attempted) humor and the honestly. The good, the bad and the best feedback of all, "I wrote where anyone could relate to the stories" and "it felt like I was along for the trip with you". It is with this in mind plus the gentle nudging of the woman making the home style burgers for the BBQ right now that I am going to start again.

Anyways, I find this writing therapeutic. I don't have a plan or agenda so lets see where this takes us.